Lodyn cheese official supplier of the Heart Running of Spain 2018

On September 29th, the World Heart Day was celebrated in more than 100 countries with the aim of raising awareness among the population about cardiovascular risk factors.

Thus, the Spanish Heart Foundation organized during the month of September “the Month of the Heart” carrying out various activities among which include the Week of the Heart and the Heart Running, which Lodyn cheese is an official supplier. 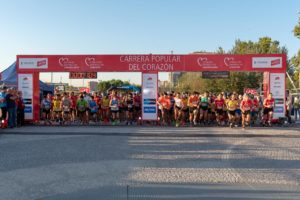 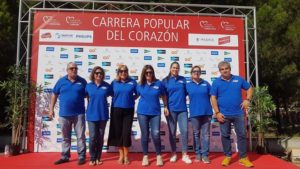 This year the focus of communication has been on sudden death and cardioprotection, and the objective has been to bring cardiovascular prevention to the population through the promotion of physical activity in a family event. The present edition of 2018 has been a new success, with more than 4,000 participants spread over three routes: 10km, 4.5km popular march and children’s runnings; having finished the inscriptions with a week of anticipation.

Any cookies that may not be particularly necessary for the website to function and is used specifically to collect user personal data via analytics, ads, other embedded contents are termed as non-necessary cookies. It is mandatory to procure user consent prior to running these cookies on your website.